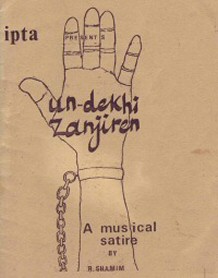 Rifat Shamim is a playwright and director. After having worked in theatre in India, he moved to the UK in 1968. He established a branch of the Indian People’s Theatre Association (IPTA) in London, which he subsequently left, and formed the Indo-Pak Theatre Association . He also worked with the National Association of Asian Youth and Ravi Jain staging productions, and running the Youth Festival at the Royal Albert Hall in 1979.

Programme for the Asian Youth Festival in 1979, for which Rifat was the Artistic Director